Nothing will change anyway 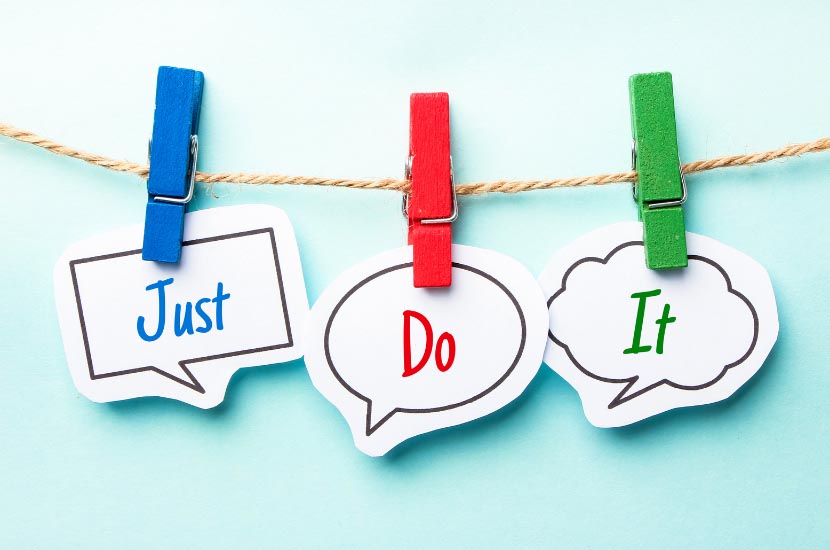 This was a comment of a young woman who criticized her friend for making resolutions. I curiously overheard their conversation. “Nothing is going to change anyway”. Is this really the case? Can’t we move anything in life? Her second point of criticism was why we make resolutions or new plans at the beginning of a new year. Well, this is not a must. But there is a point in being influenced by certain times of the year.

Walking through life without any goals is repeating a year, one year, over and over again. My grandmother used to say: Human beings are creatures of habit. And she was right. We live our habits every single day, sometimes the good ones, sometimes the bad ones. And when we want to give our lives a little more action, then we need to give it more attention. When you don’t know where you are heading, you might get lost or just turn around in circles.

Unfortunately, it’s in the nature of human beings to notice their unfulfillment almost always before it’s too late. Such as when we are frustrated; when our job is no fun anymore; and when we are demotivated. Only then we begin the hunt for the why. Do we always have to wait for the frustration first? Why not look for a purpose, for a goal, for content, or for happiness ahead of us?

And yes, January is over. How was your first month of habit? How did your comfort zone feel for the first 31 days of this year? It’s never too late to start. What is it that you like doing? What is it that you have always wanted to do or try out? What have you postponed for years?

Envision it. Plan it. Do it.